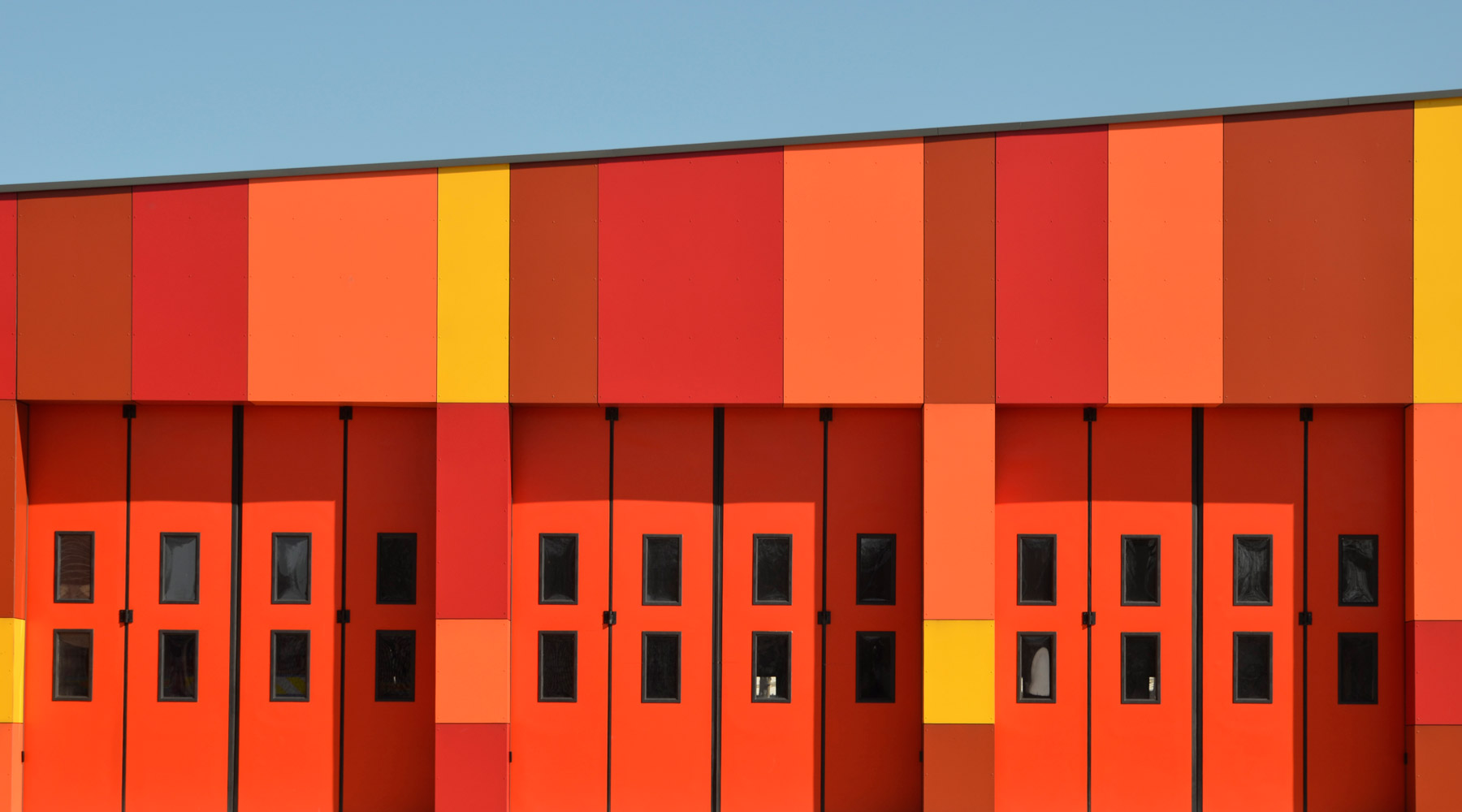 Some years ago, in conversation with an artist whose works, perhaps, alone, in the present day, unite perfection of drawing with resplendence of color, the writer made some inquiry respecting the general means by which this latter quality was most easily to be attained.

The reply was as concise as it was comprehensive—”Know what you have to do, and do it”—comprehensive, not only as regarded the branch of art to which it temporarily applied, but as expressing the great principle of success in every direction of human effort; for I believe that failure is less frequently attributable to either insufficiency of means or impatience of labor, than to a confused understanding of the thing actually to be done; and therefore, while it is properly a subject of ridicule, and sometimes of blame, that men propose to themselves a perfection of any kind, which reason, temperately consulted, might have shown to be impossible with the means at their command, it is a more dangerous error to permit the consideration of means to interfere with our conception, or, as is not impossible, even hinder our acknowledgment of goodness and perfection in themselves. And this is the more cautiously to be remembered; because, while a man’s sense and conscience, aided by Revelation, are always enough, if earnestly directed, to enable him to discover what is right, neither his sense, nor conscience, nor feeling, are ever enough, because they are not intended, to determine for him what is possible. He knows neither his own strength nor that of his fellows, neither the exact dependence to be placed on his allies nor resistance to be expected from his opponents. These are questions respecting which passion may warp his conclusions, and ignorance must limit them; but it is his own fault if either interfere with the apprehension of duty, or the acknowledgment of right. And, as far as I have taken cognizance of the causes of the many failures to which the efforts of intelligent men are liable, more especially in matters political, they seem to me more largely to spring from this single error than from all others, that the inquiry into the doubtful, and in some sort inexplicable, relations of capability, chance, resistance, and inconvenience, invariably precedes, even if it do not altogether supersede, the determination of what is absolutely desirable and just. Nor is it any wonder that sometimes the too cold calculation of our powers should reconcile us too easily to our shortcomings, and even lead us into the fatal error of supposing that our conjectural utmost is in itself well, or, in other words, that the necessity of offences renders them inoffensive.

What is true of human polity seems to me not less so of the distinctively political art of Architecture. I have long felt convinced of the necessity, in order to its progress, of some determined effort to extricate from the confused mass of partial traditions and dogmata with which it has become encumbered during imperfect or restricted practice, those large principles of right which are applicable to every stage and style of it. Uniting the technical and imaginative elements as essentially as humanity does soul and body, it shows the same infirmly balanced liability to the prevalence of the lower part over the higher, to the interference of the constructive, with the purity and simplicity of the reflective, element. This tendency, like every other form of materialism, is increasing with the advance of the age; and the only laws which resist it, based upon partial precedents, and already regarded with disrespect as decrepit, if not with defiance as tyrannical, are evidently inapplicable to the new forms and functions of the art, which the necessities of the day demand. How many these necessities may become, cannot be conjectured; they rise, strange and impatient, out of every modern shadow of change. How far it may be possible to meet them without a sacrifice of the essential characters of architectural art, cannot be determined by specific calculation or observance. There is no law, no principle, based on past practice, which may not be overthrown in a moment, by the arising of a new condition, or the invention of a new material; and the most rational, if not the only, mode of averting the danger of an utter dissolution of all that is systematic and consistent in our practice, or of ancient authority in our judgment, is to cease for a little while, our endeavors to deal with the multiplying host of particular abuses, restraints, or requirements; and endeavor to determine, as the guides of every effort, some constant, general, and irrefragable laws of right—laws, which based upon man’s nature, not upon his knowledge, may possess so far the unchangeableness of the one, as that neither the increase nor imperfection of the other may be able to assault or invalidate them.

There are, perhaps, no such laws peculiar to any one art. Their range necessarily includes the entire horizon of man’s action. But they have modified forms and operations belonging to each of his pursuits, and the extent of their authority cannot surely be considered as a diminution of its weight. Those peculiar aspects of them which belong to the first of the arts, I have endeavored to trace in the following pages; and since, if truly stated, they must necessarily be, not only safeguards against every form of error, but sources of every measure of success, I do not think that I claim too much for them in calling them the Lamps of Architecture, nor that it is indolence, in endeavoring to ascertain the true nature and nobility of their fire, to refuse to enter into any curious or special questioning of the innumerable hindrances by which their light has been too often distorted or overpowered.

Had this farther examination been attempted, the work would have become certainly more invidious, and perhaps less useful, as liable to errors which are avoided by the present simplicity of its plan. Simple though it be, its extent is too great to admit of any adequate accomplishment, unless by a devotion of time which the writer did not feel justified in withdrawing from branches of inquiry in which the prosecution of works already undertaken has engaged him. Both arrangements and nomenclature are those of convenience rather than of system; the one is arbitrary and the other illogical: nor is it pretended that all, or even the greater number of, the principles necessary to the well-being of the art, are included in the inquiry. Many, however, of considerable importance will be found to develope themselves incidentally from those more specially brought forward.

Graver apology is necessary for an apparently graver fault. It has been just said, that there is no branch of human work whose constant laws have not close analogy with those which govern every other mode of man’s exertion. But, more than this, exactly as we reduce to greater simplicity and surety any one group of these practical laws, we shall find them passing the mere condition of connection or analogy, and becoming the actual expression of some ultimate nerve or fibre of the mighty laws which govern the moral world. However mean or inconsiderable the act, there is something in the well doing of it, which has fellowship with the noblest forms of manly virtue; and the truth, decision, and temperance, which we reverently regard as honorable conditions of the spiritual being, have a representative or derivative influence over the works of the hand, the movements of the frame, and the action of the intellect.

And as thus every action, down even to the drawing of a line or utterance of a syllable, is capable of a peculiar dignity in the manner of it, which we sometimes express by saying it is truly done (as a line or tone is true), so also it is capable of dignity still higher in the motive of it. For there is no action so slight, nor so mean, but it may be done to a great purpose, and ennobled therefore; nor is any purpose so great but that slight actions may help it, and may be so done as to help it much, most especially that chief of all purposes, the pleasing of God. Hence George Herbert—

“A servant with this clause
Makes drudgery divine;
Who sweeps a room, as for thy laws,
Makes that and the action fine.”

Therefore, in the pressing or recommending of any act or manner of acting, we have choice of two separate lines of argument: one based on representation of the expediency or inherent value of the work, which is often small, and always disputable; the other based on proofs of its relations to the higher orders of human virtue, and of its acceptableness, so far as it goes, to Him who is the origin of virtue. The former is commonly the more persuasive method, the latter assuredly the more conclusive; only it is liable to give offence, as if there were irreverence in adducing considerations so weighty in treating subjects of small temporal importance. I believe, however, that no error is more thoughtless than this. We treat God with irreverence by banishing Him from our thoughts, not by referring to His will on slight occasions. His is not the finite authority or intelligence which cannot be troubled with small things. There is nothing so small but that we may honor God by asking His guidance of it, or insult Him by taking it into our own hands; and what is true of the Deity is equally true of His Revelation. We use it most reverently when most habitually: our insolence is in ever acting without reference to it, our true honoring of it is in its universal application. I have been blamed for the familiar introduction of its sacred words. I am grieved to have given pain by so doing; but my excuse must be my wish that those words were made the ground of every argument and the test of every action. We have them not often enough on our lips, nor deeply enough in our memories, nor loyally enough in our lives. The snow, the vapor, and the stormy wind fulfil His word. Are our acts and thoughts lighter and wilder than these—that we should forget it?

← The Door In The Wall
The Poetry of Architecture →