The Colors of Space 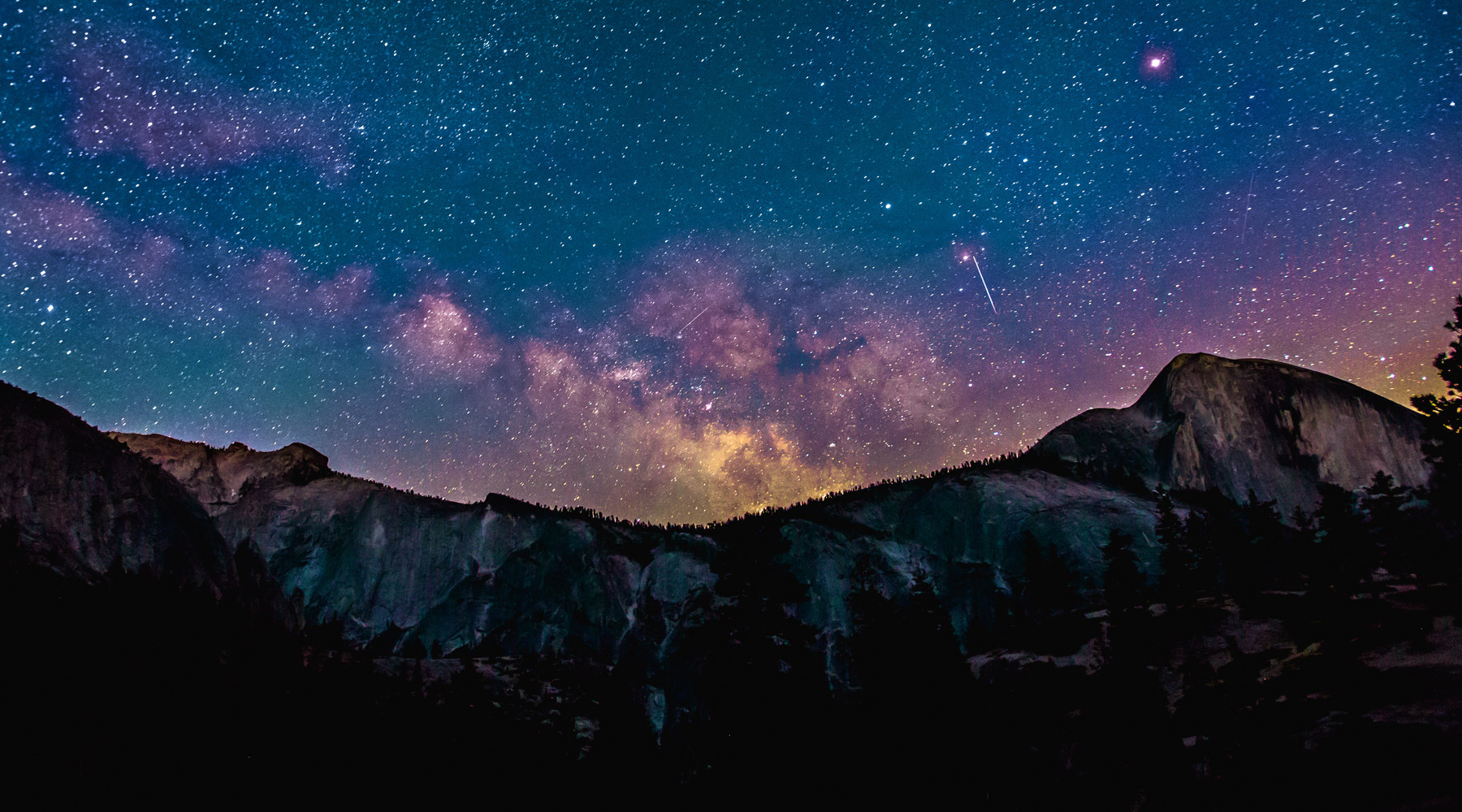 Bart Steele had thought that, a long time ago, when he first saw it. He had been just a kid then; twelve years old, and all excited about seeing Earth for the first time—Earth, the legendary home of mankind before the Age of Space, the planet of Bart’s far-back ancestors. And the first thing he’d seen on Earth, when he got off the starship, was the Lhari spaceport.

And he’d thought, right then, It doesn’t belong on Earth.

He’d said so to his father, and his father’s face had gone strange, bitter and remote.

“A lot of people would agree with you, Son,” Captain Rupert Steele had said softly. “The trouble is, if the Lhari spaceport wasn’t on Earth, we wouldn’t be on Earth either. Remember that.”

Bart remembered it, five years later, as he got off the strip of moving sidewalk. He turned to wait for Tommy Kendron, who was getting his baggage off the center strip of the moving roadway. Bart Steele and Tommy Kendron had graduated together, the day before, from the Space Academy of Earth. Now Tommy, who had been born on the ninth planet of the star Capella, was taking the Lhari starship to his faraway home, and Bart’s father was coming back to Earth, on the same starship, to meet his son.

Five years, Bart thought. That’s a long time. I wonder if Dad will know me?

“Let me give you a hand with that stuff, Tommy.”

“I can manage,” Tommy chuckled, hefting the plastic cases. “They don’t allow you much baggage weight on the Lhari ships. Certainly not more than I can handle.”

The two lads stood in front of the spaceport gate for a minute. Over the gate, which was high and pointed and made of some clear colorless material like glass, was a jagged symbol resembling a flash of lightning; the sign, in Lhari language, for the home world of the Lhari.

They walked through the pointed glass gate, and stood for a moment, by mutual consent, looking down over the vast expanse of the Lhari spaceport.

This had once been a great desert. Now it was all floored in with some strange substance that was neither glass, metal nor concrete; it looked like gleaming crystal—though it felt soft underfoot—and in the glare of the noonday sun, it gave back the glare in a million rainbow flashes. Tommy put his hands up to his eyes to shield them. “The Lhari must have funny eyes, if they can stand all this glare!”

Inside the glass gate, a man in a guard’s uniform gave them each a pair of dark glasses. “Put them on now, boys. And don’t look directly at the ship when it lands.”

Tommy hooked the earpieces of the dark glasses over his ears, and sighed with relief. Bart frowned, but finally put them on. Bart’s mother had been a Mentorian—from the planet Mentor, of the star Deneb, a hundred times brighter than the sun. Bart had her eyes. But Mentorians weren’t popular on Earth, and Bart had learned to be quiet about his mother.

Through the dark lenses, the glare was only a pale gleam. Far out in the very center of the spaceport, a high, clear-glass skyscraper rose, catching the sunlight in a million colors. Around the building, small copters and robotcabs veered, discharging passengers; and the moving sidewalks were crowded with people coming and going. Here and there in the crowd, standing out because of their height and the silvery metallic cloaks they wore, were the strange tall figures of the Lhari.

“Well, how about going down?” Tommy glanced impatiently at his timepiece. “Less than half an hour before the starship touches down.”

“All right. We can get a sidewalk over here.” Reluctantly, Bart tore his eyes from the fascinating spectacle, and followed Tommy, stepping onto one of the sidewalks. It bore them down a long, sloping ramp toward the floor of the spaceport, then sped toward the glass skyscraper; came to rest at the wide pointed doors, depositing them in the midst of the crowd. The jagged lightning flash was there over the doors of the building, and the words:

Here, by grace of the Lhari, is the doorway to all the stars.

Bart remembered, as if it were yesterday, how he and his father had first passed through this doorway. And his father, looking up, had said under his breath “Not for always, Son. Someday men will have a doorway to the stars, and the Lhari won’t be standing in the door.”

Inside the building, it was searingly bright. The high open rotunda was filled with immense mirrors, and glass ramps running up and down, moving staircases, confusing signs and flashing lights on tall oddly shaped pillars. The place was crowded with men from all over the planet, but the dark glasses they all wore gave them a strange sort of family resemblance.

Bart nodded. “Meet you on the upper level later,” he said, and got on a moving staircase that soared slowly upward, past level after level, toward the information desk located on the topmost mezzanine.

The staircase moved slowly, and Bart had plenty of time to see everything. On the step immediately in front of him, two Lhari were standing; with their backs turned, they might almost have been men. Unusually tall, unusually thin, but men. Then Bart amended that mentally. The Lhari had two arms, two legs and a head apiece—they were that much like men. Their faces had two eyes, two ears, and a nose and mouth, all in the right places. But the similarity ended there.

They had skin of a curious pale silvery gray, and pale, pure-white hair rising in what looked like a feathery crest. The eyes were long and slanting, the forehead high and narrow, the nose delicately thin and chiseled with long vertically slit nostrils, the ears long, pointed and lobeless. The mouth looked almost human, though the chin was abnormally pointed. The hands would almost have passed inspection as human hands—except for the long, triangular nails curved over the fingertips like the claws of a cat. They wore skin-tight clothes of some metallic silky stuff, and long flowing gleaming silvery capes. They looked unearthly, elfin and strange, and in their own way they were beautiful.

The two Lhari in front of Bart had been talking softly, in their fast twittering speech; but as the hum of the crowds on the upper levels grew louder, they raised their voices, and Bart could hear what they were saying. He was a little surprised to find that he could still understand the Lhari language. He hadn’t heard a word of it in years—not since his Mentorian mother died. The Lhari would never guess that he could understand their speech. Not one human in a million could speak or understand a dozen words of Lhari, except the Mentorians.