Wednesday, 3rd. Very early this morning Tootaha sent for the Canoe we had detained yesterday, and in the Afternoon sent a man for an Axe and a Shirt in return for the Hogs he gave us last night; but as this man told us that Tootaha would not come near us himself in less than 10 days, we thought proper not to send them, to try if he would not come himself for them sooner. 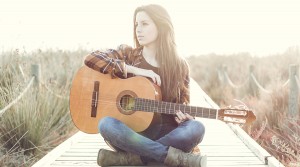 Thursday, 4th. Some people came to the Fort to-day from York Island; one of them gave us an account of 22 Islands lying in this Neighbourhood. Set up the 2 Clocks; one in the Tent wherein Mr. Green and I lay, and the other in the Observatory. This evening Tootaha sent a man again for the Axe and Shirt, and we sent him word by the same man that Mr. Banks and I would come and see him to-morrow and bring them along with us, for it now became necessary that we should take some steps to reconcile this man to us in order to procure a sufficient supply of Bread fruit, and Cocoa Nuts, which we have not had for these 2 days past, owing, as we apprehend, to Tootaha not being reconciled to us, or otherwise the people take this method to shew their resentment of the Treatment their Chief meet with. 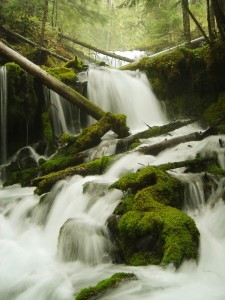 Friday, 5th. Early this morning Tootaha sent some of his people to put us in mind of our promise, and these seem’d very uneasy until we set out, which Mr. Banks, Dr. Solander, and myself did about 10 o’clock in the Pinnace, having one of these men with us. As soon as we came to Appara, the place where Tootaha resided, we saw a great number of People at the landing place near his House; one among them, who had a large Turban about his Head, and a long white stick in his Hand, drove the others from the landing place by beating them with his Stick, and throwing stones at them, and at the same time directed us whereabouts to land. After we had landed he conducted us to the Chief, but in this there was no order, everyone crowded upon us crying out “Tyo Tootaha,” this Tootaha was our Friend. We found the chief setting in the shade under a large Tree, with a Circle of old men round him; he made us set down by him, and immediately asked for the Axe. I then gave him one, together with an upper Garment made of Broad Cloth after their Fashion, and a Shirt. The Garment he put on, but the Shirt he gave to the man who first received us at landing, who was now seated by us, and the Chief seemed desirous that we should take particular notice of him. By that Time Obaria, and several other women whom we knew, came and sat down by us. Tootaha did not stay long before he went away, as we thought to show himself to the people in his new Dress. He was not gone long before he return’d and took his seat again for a few minutes, then went away again, as we was told, to order something to be got for us to Eat, and at this time we gladly would have gone too, being almost Suffocated with the Crowd that was about us. However, here we remained for about 10 Minutes longer, when word was brought us that the Chief wanted us. We were then conducted to our own Boat, where we found him setting alone under the Awning. He made signs to us to come to him, which we did, and as many with us as the Boat would hold. Here he ordered some Bread fruit and Cocoa Nut to be brought, of both of which we tasted.

After we had set here sometime, a Message was brought to the Chief, who immediately went out of the Boat, and we was desired to follow, and was conducted to a large Aria or Court Yard on one side of his House, where we were entertained with Public wrestling. Tootaha seated himself at one end of the place, and several of his Principal men sat round him in a Semicircle. We were desir’d to sit down here likewise, but we rather chose to walk about. Everything being now ready, several men entered the Theater, 8, 10, or 12, sometimes more. These walked about in a Stooping Poster, with their left hand upon their right breast, and with their Right hand Open struck with a smack their left Arm and fore-arm. In this manner they walked about until one Challenged another, which was done by motion and jesture, without speaking one word. The 2 Antagonists would then meet and endeavour to seize each other by the thighs, but if that fail’d they would seize each other by the Hair of the Head or wherever they could, and then Wrestle together until by main Strength the one or the other was thrown on his back. This was always (Except once) followed by three Huzzas from some old men who sat in the House, and at the same time another Company of men would dance for about a Minute, the Wrestlers all the time continuing their game without taking the least notice of anything else. The only dexterity the Wrestlers seemed to make use of was in first seizing each other, for after they had closed it was all decided by Main strength. It would sometimes happen that neither the one nor the other could throw his Antagonist; in this Case they would either part by mutual consent or were parted by others. The Conqueror never exulted over the Conquer’d, neither did the Conquer’d ever repine at his ill luck, but the whole was carried on with great good Humour. There were present, Young and old, near 500 People. The women do not seem to partake of this diversion, only some few of the Principal ones were present, and that appeared to be owing to us being there.

After this was over we were given to understand that we were to go to Dinner, and were desired to follow Tootaha, who led us into our own Boat, and soon after came a small Pig ready roasted, with some Bread Fruit and Cocoa Nuts. Here we thought we were to have dined, but Tootaha, after waiting about 10 Minutes, made signs to us to put off the Boat and go a Board, which we did, and bring him and Toobouratomida along with us. As soon as we got on board we all dined on the Cheer the Chief had provided. We soon found the good effects of having made friends with this man, for it was no sooner known to the Natives that he was on board the Ship than they brought Bread Fruit, Cocoa Nuts, etc., to the Fort.