The Story Of A Little Bakery In The Bronx 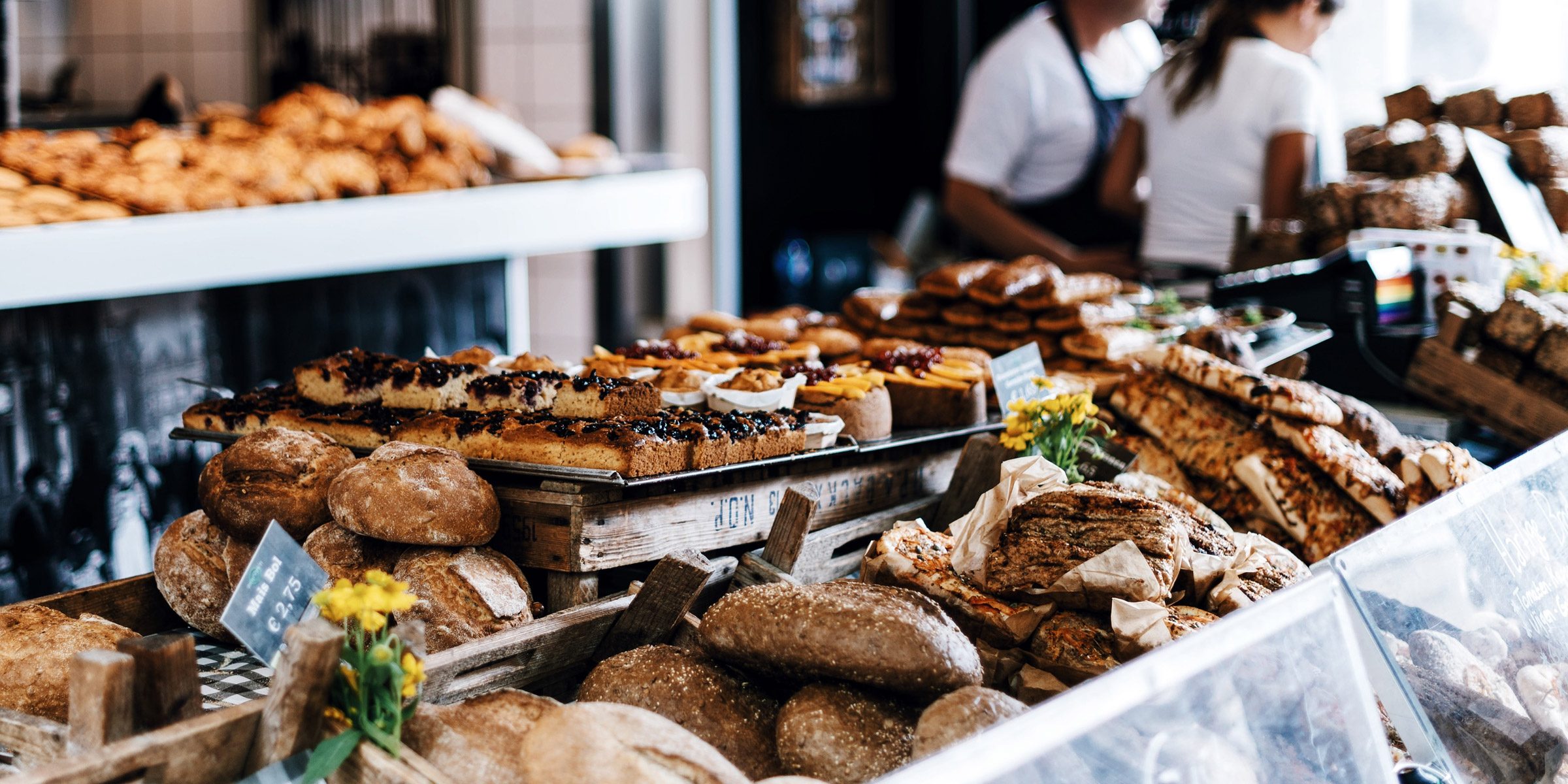 She is a charming little lady, and her husband, to tell the truth, spoils her just a little.

Most married dames would have been content, if they wished to dine at a restaurant on the occasion of their birthday, with one dinner; but Mrs. Daffodil—if I may so call her, from her favourite flower—insisted on having a dinner out on Saturday, and another on Sunday, and another on Monday, because, though her twenty-first birthday really fell on Saturday, she was going to keep it on Monday, when a great party of her husband’s people were to meet at the Savoy, and on Sunday her people were organising a feast at the Berkley; but Mrs. Daffodil said that unless she dined out on the evening of her real birthday she was sure she would have no luck during the coming year, and I was told that I was to have the privilege of being the third at the little dinner which was to be the veritable birthday dinner, and that, as a return for this great favour, I was to order the dinner and choose the restaurant.

I was too wise to take the full responsibility of anything so important, and in a council of three we ran down the list of dining places. Of those we paused over in consideration, the Princes’ Hall was the nearest to Mrs. Daffodil’s flat, and the little lady remembered that she had not dined there this year, and suddenly decided that it was the very place for a birthday dinner; and should she wear her new white dress, or would the black dress with the handsome bit of lace suit her better? Her husband looked a little helpless at the mention of dress, and I at a venture suggested the black, for I remembered that the roof of the grand salon of the Princes’, with its heavy mouldings, was white picked out with gold, while the great panels of brick red, powdered with golden fleurs-de-lys and the palms filling-in the corners, would show up a black dress just as well as a white one.
Black it was to be, and, this important matter decided, I was sent off as an advance messenger in a hansom cab to order the best table available and a dinner, not too elaborate and not too small, which was to be ready by the time little Mrs. Daffodil had dressed and could drive down to the restaurant in her brougham.

My hansom was a fleet one. A party of guests at one of the tables by the windows, evidently bound for a theatre, had finished their dinner and were just off and away as I arrived, and I pounced like a hawk upon the table they left vacant. The first preliminaries were soon over, for the little dapper maître d’hôtel, whom I had known in previous days at the East Room of the Criterion, had the table cleared at once, found some yellow flowers which, if they were not daffodils, were very like them, and had big bouquets of them put upon the table. Then came the important question of the dinner. Hors-d’œuvre variés, suggested the little maître d’hôtel; but I moved as an amendment that it should be caviar, for the caviar at the Princes’ is Benoist’s, and no man imports better. “Turtle,” suggested the maître d’hôtel, a little doubtfully, after being defeated in his first venture, and as I passed the suggestion with a nod potage tortue went down on the slip of paper. Mrs. Daffodil had made a suggestion as to salmon which she withdrew as soon as made, but I had remembered it, and saumon à la Grenobloise was scribbled down. “Now,” said the maître d’hôtel a little decisively, “since the soup and the fish are brown, we must have a white entrée,” and as I was not prepared at the moment with any practical suggestion, having thought of noisettes de mouton and a woodcock as the rest of the solid part of the dinner, I allowed the proposal to go by default, and fricassée de poulet à l’Ancienne was ordered. “A tiny saddle of lamb?” was the next suggestion, and although I regretted my prospective woodcock I let the matter go, for we had a bird already in the menu. “Pommes nouvelles risolées. Salade de mâche, céleri, betterave. Asperges anglaises,” reeled off my mentor, and I nodded at the mention of the English asparagus; and then to show that I was going to have a word in the ordering of the dinner I added macédoine de fruits à l’orientale and friandises without requiring any prompting.

I waited in the bright, French-looking entrance hall, with its mirrors and screens decorated with painted flowers, and watched the people coming in and going out. A party of smart young men from the Stock Exchange, most of whom I knew, on their way to a row of stalls they had taken at the Gaiety, passed and chaffed me for my waiting; but the sound of the band within in the great white railed-in musicians’ gallery was cheerful—and an excellent band it is, each artist in it being a soloist of some celebrity—and presently M. Fourault, the manager, who is the brother-in-law of M. Benoist, came out and talked to me, saying that M. Azema, the chef, was personally superintending the cooking of the dinner, to which I replied that I was much obliged that the great artist from the Café Anglais should have paid me the compliment. Then M. Fourault launched forth into details of the service and the building: how the dishes are brought direct to the guests by hand so as to avoid the chance of draughts in lifts; of the beauty of the kitchen; the arrangements to keep in touch with and co-operate with the Royal Institute on the top floor, and a variety of other topics. And as he talked Signor Bocchi’s band inside was softly playing, and I was growing hungry waiting for little Mrs. Daffodil, for I knew that it would not be her husband who caused the delay.

The brougham drew up before the glass portico with its brass ornamentations, and Mrs. Daffodil in the wonderful black dress was helped out. She would bring her ermine cape in with her, she thought; and having arrived at the table smiled graciously at seeing her name-flowers there. I explained that the table by the door protected by the glass screens was my favourite one, and that I should have taken it if possible, but that it had been engaged for days, and Mrs. Daffodil was pleased to think the one we had obtained was quite as nice. Didn’t she think the room, with its big panels, its few long mirrors, its clusters of electric lights and electric candles on the tables, and its musicians’ gallery over the entrance to the offices and kitchen, very handsome? I asked. And as she helped herself to the caviar, each little ball as separate as if they had been pellets of shot, she assented; but to show that she was critical, thought there ought to have been more palms. Then the little lady took up the questioning, and wanted to know who everybody was who was dining. I was able to point out a well-known artist taking a quiet meal with his wife, who at one time was an ornament of the comedy-stage; a party of soldier officers up from Aldershot (and I had a story of the gallantry of one of them, and how he should have won by right a Victoria Cross); an ex-Gaiety girl who was the heroine of a breach of promise case, and who had at the table she occupied quite a crowd of gilded youths; a youngster whose good looks have won him a very rich but not too young wife—and there I had to pause, for though the room was full of well-dressed, smart-looking people, I knew no more of them by name.

I was reproved for not knowing my London better, and tried to turn the conversation by telling my host that I would sooner share the burgundy with him than drink the champagne which Mrs. Daffodil thought a necessary part of her birthday dinner, but at that moment, the soup being brought, we all relapsed into serious criticism. The turtle soup was good undoubtedly, as good as at any City dinner, with its jade-coloured semi-solid floating in the darker liquor, and we praised that unreservedly, but I was told that I was in a carping mood because I stated that I like my salmon as plainly cooked as possible. As to the fricassée, I liked it immensely; but Mrs. Daffodil, because her shoe pinched, or for some other good reason, said that she hated truffles. The lamb, the most delicate little selle d’agneau de lait, with the potatoes and the dark green salad relieved by the crimson of the beetroot, was admirable. English asparagus never can be anything but good, and though my hostess insisted on my eating a cherry from among the friandises, I left the sweets, as is my custom, alone.