Food For The Traveler

These pages are dedicated to those who are seeking light on the question of rational living and to all who are suffering from the effects of wrong living. Thought along this line expresses growth and progress, and with it comes knowledge. Common sense and judgment, following a natural instinct, will go a long way toward attaining better health. But those who, through the constant use of cooked, or highly spiced and fermented food, have lost their natural instincts and intuitions, will find the study of the science of dietetical chemistry of inestimable value toward a better understanding of natural laws, and be enabled to make the selections and combinations of foods more suitable to their temperament.

Before the question as to meat eating and vegetarianism can be solved, we must consider the first principle of nature, which is the law of self preservation. Thereafter we may be able to think and strive to save the lives of animals, now cruelly sacrificed largely for the sense gratification of man. The artificial preparation of food is a fine art, and no doubt has helped much toward the development of our central nervous system. 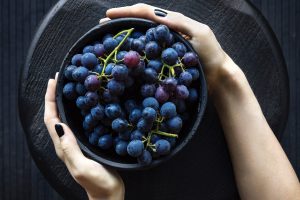 The ordinary mixed diet with the addition of meat two or three times per week is the safest method for most people who are compelled to work eight, ten, or twelve hours out of every twenty-four and have to deprive themselves of the proper amount of fresh air, sunshine and physical exercise, which brings all the muscles and organs of the body into proper action.

Inharmony, disease, and misfortune are largely caused by living a life contrary to the laws of nature.

The fulfillment of high ideals must be accompanied by common sense and judgment, so it becomes an evolution instead of revolution. The evolving of man from the stage of a jelly fish to a being possessed of a bony framework in an upright position by the eating of animals has developed a higher self. After having reached this stage of evolution the nature of some people has become so highly sensitized that meat, as a food, becomes repugnant to them. What they need is a stepping stone. The very food which has produced this state of over refinement or destruction must be used for construction and minimized by degrees.

In examining the claims of the disciples of vegetarianism it is well to consider those nations whose constitution and customs of work and education resemble our own. And in doing so we find that while nearly all European nations, as well as many of the Orient, practice moderation in meat eating, still they are for the most part only “near vegetarians,” and therefore should not be used as examples in an argument for vegetarianism.

It is possible for normal individuals under fairly normal conditions of life to nourish perfectly their bodies on a vegetarian diet, provided they are willing to live mainly on sun-kissed foods instead of on a mass of sloppily-cooked, devitalized, starchy vegetables, and soft nitrogenous foods that burden the digestive organs and produce obesity and slow consumption.

I hope that the menus on the following pages will be a help to all who seek simplicity from a standpoint of health as well as economy.

← Culture and Cooking
The Chemistry of Food and Nutrition →